A central purpose of the Nunavut Agreement (NLCA) is to guarantee “rights for Inuit to participate in decision-making concerning the use, management and conservation of land, water and resources, including the offshore”.  The NLCA specifies that in its conduct of public hearings the NWB is required to “give due regard and weight to Inuit culture, customs and knowledge”.

One vital mode of participation by Inuit in the NWB processes and decision-making is the contribution of Inuit Qaujimaningit (IQ).

IQ encompasses Inuit Traditional Knowledge (TK) as well as contemporary Inuit knowledge that reflects Inuit philosophy, societal values and experience. The term “Inuit Qaujimaningit” is meant to encompass local and community-based knowledge, and ecological knowledge (both traditional and contemporary), which is rooted in the daily life of Inuit people and represents experience acquired over thousands of years of direct human contact with the environment.  With its emphasis on personal observation, collective experience and oral transmission over many generations, IQ provides factual information on such matters as ecosystem function, social and economic well-being, and explains the interactions which exist between them.

The significance and value of IQ is such that it is weighted on equal footing with scientific evidence in NWB decision making.

The concept of serving is central to the Inuit style of leadership as is the measure of Inuit maturity and wisdom. Inuit understand that each person has a contribution to make and is a valued contributor to his/her community. Inuit demonstrate this kind of leadership and commitment to serving the common good.

The concept of consensus decision-making relies on strong communication skills and a strong belief in shared goals. Inuit look to become contributing members of their community and to participate actively in building the strength of Inuit in Nunavut. Being able to think and act collaboratively, to assist with the development of shared understandings, to resolve conflict in consensus-building ways, and to respect various perspectives and worldviews, all Inuit aspire to.

The concept of skills and knowledge acquisition and capacity building is central to the success of Inuit in a harsh environment. Key expectations include building personal capacity in Inuit ways of knowing and doing. Demonstrating empowerment to lead a successful and productive life, that is respectful of all, is a powerful end goal of the Inuit educational system.

The concept of environmental stewardship stresses the key relationship Inuit have with the world in which they live. Inuit respect the interdependent relationship between themselves and the environment and seek to improve and protect the relationship in ways that meet global challenges to environmental wellness.

Qanuqtuurungnarniq: Concept of Being Resourceful to Solve Problems

The concept of being resourceful to solve problems, through innovative and creative use of resources and demonstrating adaptability and flexibility in response to a rapidly changing world, is a strength that all Inuit should develop. Resourcefulness should be demonstrated in all learning and also thinking that seeks to improve the context in which Inuit live.

Piliriqatigiingniq: Concept of Collaborative Relationship or Working Together for a Common Purpose

The concept of developing collaborative relationships and working together for a common purpose. The essential Inuit belief stresses the importance of the group over the individual should pervade all of the Inuit teaching. Inuit reflect working for the common good, collaboration, shared leadership and volunteerism. Piliriqatigiingniq also sets expectations for supportive behaviour development, strong relationship-building and consensus-building. 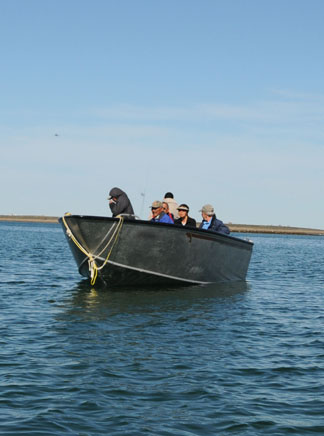